HOLDING a B.Sc. degree in the field of mathematics, Phil Bishop needs to look more closely at the figures in his decision to end a supply contract between Bunnings and Victoria’s native forest products industry.

A statistics whiz and merchandise director at the giant hardware and timber retailer, Mr Bishop has subtracted more than a century of sustainable management from the forests to leave a hollow zero in credibility.

“The countries and communities from which we source our products are very important to us and we’re committed to ensuring the products we sell come from legal and sustainable operations, with good working conditions and fair treatment of people,” he said.

Fair treatment of people? Assistant Minister for Forestry Senator Jonno Duniam, rightly, says the decision by Bunnings is disappointing and wrong and will cost good jobs.

And this at a time when the economy and people without jobs are on their knees.

And it doesn’t stop there. Environmental groups have called on Bunnings to extend its halt on native forest products in Victoria to NSW, saying it fears supply will simply shift to the state’s fire-hit forests.

But the emotional response by a third generation member of the original Bunning family that left London in 1886 to settle in Perth and establish a timber and building company on a government contract, like the Bunnings’ red hammer logo, hit the nail on the head.

“The green madness continues,” lamented Bob Bunning, who with cousin Gavin joined the Bunning Bros board in 1974 and remained until Wesfarmers, formed out of the old West Australian Farmers Cooperative, purchased the company for $594 million in 1994, retaining the Bunnings name.

This came after a 100 years working the hardwood forests in perpetuity by a family that rode the post-war housing boom to become the largest forest harvesting operator in Australia.

“We’ve seen it all before,” said Bob Bunning, 81, who lives in Perth and has an often-visited holiday home in Broome.

“In the forest wars of the 1980s in Western Australia, along with other states like NSW and Queensland, we fought for and defended our hardwood industry for more than 10 years armed with a sustainable forest management record earned over generations. Sadly, politicians on both sides of the fence surrendered to conservationists locking up the forest and destroying 20,000 jobs with it.”

Phil Bishop says Bunnings has a zero-tolerance approach to illegally logged timber that dates back two decades. “We believe that customers and team members have the right to expect that the timber they purchase is sourced from responsible and lawful forestry operations.”

But this just doesn’t add up.

Even following the injunction, VicForests has ceased all activities in those coups and this material is excluded from supply. So, it’s hard to argue that illegal product is being supplied. In fact, all activities have been approved by the Victorian regulator.

At the risk of repeating ourselves, Victoria has one of the most regulated, sustainably-managed native forestry industries in the world, harvesting the equivalent of just four trees out of 10,000. No old growth trees are used and every area harvested is reseeded and regenerated by law.

All Victorian native forest hardwood is harvested according to the highest standards under the world’s largest forestry certification scheme PEFC, managed in Australia by Responsible Wood.

Senator Duniam has urged Bunnings to reverse its decision, to choose Australian timber over imported timber and to back Australian jobs, as the nation begins to rebuild in the wake of COVID-19.

“The Morrison government has a plan to grow our world-class and world-leading sustainable forestry industry, and to support the hardworking and honest Australians who work in it,” he said.

“Bunnings’ decision flies in the face of this.”

Victoria’s Agriculture Minister Jaclyn Symes said the government was disappointed by the move from Bunnings, which she said “will hurt local jobs and businesses”.

“There are strong environmental safeguards around timber harvesting in Victoria – protections that don’t exist in other timber-supply markets around the world,” she said.

Federal Member for Gippsland Darren Chester also slammed the decision which comes after the Federal Court ruled in late May that VicForests had breached the regional forestry agreement code of practice around logging habitats of threatened species.

Mr Chester said Bunnings had shown complete contempt for their suppliers and hard-working timber industry families with a premature decision which was all about virtue signalling and nothing about the environmental sustainability of the industry.

“The VicForests issue is still subject to appeal in the courts system and I fear that Bunnings will replace the Australian-made product on those shelves with imported timber which is harvested with less environmental scrutiny,” he said.

“We have a world-class timber industry in Victoria where 94% of forest is protected and a small proportion of native forests are harvested each year under VicForests’ control, then forests are allowed to regenerate in a sustainable cycle over 80 years.

“It’s the ultimate renewable industry with young growing trees absorbing more carbon dioxide, compared to mature forests, and timber harvested according to the strictest standards in the world.

“Gippsland timber mills have invested in new technology to add value to the trees harvested with manufactured products that are in high demand. Wood that used to end up as waste or low value wood chips, is now joined and glued to make high value products that are available for home handymen and the construction sector.”

The original Bunnings Bros had a long history in the timber industry. Despite a constant shortage of capital it established sawmills throughout WA’s south-west, imported the first band saw and was the first to install a timber-drying kiln.

After a series of acquisitions, the Bunnings chain as we know it today has a market share of around 50% of the DIY hardware market, with new warehouses, smaller format stores and trade centres throughout Australia and New Zealand.

The CFMEU has rolled out an email tool to be forwarded to the CEOs at Bunnings and Wesfarmers: saveourtimberjobs.cfmeu.org.au/ 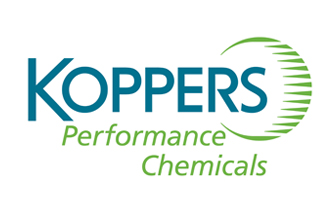 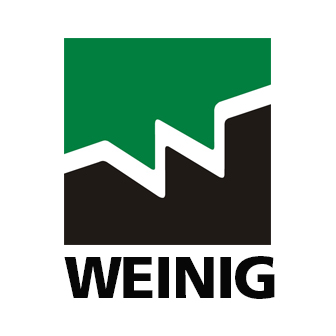